Our Tribe Is Our Women

CAPA-HQ > NEWS & UPDATES > Uncategorized > Our Tribe Is Our Women 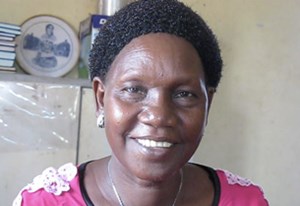 On International Women’s Day 2015, the women of South Sudan speak out:

In a statement on their website, the women of the Episcopal Church of Sudan & South Sudan (ECSSS) say:

The conflict in South Sudan broke out on 15th December 2013 when a political disagreement arose in the ruling Sudan People’s Liberation Movement (SPLM) party pitting the President, H.E. Salva Kiir and his former Vice President Dr. Riek Machar. This came just 2 years after independence. The conflict turned violent, taking on tribal dimensions between the Dinka and Nuer ethnic groups.

Starting in Juba, the capital city, the fighting spread out to Jonglei, Upper Nile and Lake States and some parts of Warrap.

Since the war broke out a little over a year ago, an estimated 20,000 people have died while over 1.5 million people are internally displaced (UN OCHA Situation Report 26 February 2015). Those who have fled the country into the neighbouring Ethiopia, Kenya, Sudan and Uganda are at least 500,000 (UNHCR portal 4 March 2015).

In a bid to bring a resolution to the conflict, a peace process was initiated by the Intergovernmental Authority on Development (IGAD) in 2014. To date, the talks have not yielded much fruit as the parties are yet to agree on contentious issues.

The conflict has precipitated an unpreceded humanitarian crisis that has brought together various efforts in response, particularly from the non-government sector (NGOs and Faith Based Organisations). The Episcopal Church of South Sudan and Sudan (ECSS&S) through its development wing, Sudanese Development & Relief Agency (SUDRA) has set up an elaborate response mechanism with the support of its partners led by the Anglican Alliance. They have managed to distribute various food items and provide health care to IDPs in Awerial, Milijo in Nimule and Lologo. They also provided humanitarian aid to the Dioceses of Twic East, Renk, Bentiu, Malakal and Wau. The Church has also assisted women by providing sanitary wear.

ECSS&S has also embarked on the rehabilitation phase of the humanitarian assistance that will entail psychosocial support, projects for income generation (tailoring, farming and a restaurant). However, the assistance given through the church hardly meets the immense needs that are evident among those affected by the ongoing conflict. A lot more needs to be done to complement these activities as many people are still suffering in the various IDP camps without basics like food.

As in most conflicts anywhere in the world, the women and children are most affected. This is an especially vulnerable group due to the loss of livelihoods and the interrupted schooling. A lot of the women are widowed and the children orphaned.

The women of South Sudan have witnessed untold atrocities and undergone abuses that have grossly undermined their dignity and rights as human beings. These women have no access to basic facilities like homes to live in, health facilities or schools for their children. They have no way of providing food for families as relief supplies are limited or not even available in many areas especially where the church has been responding. The situation is further complicated by the inaccessibility of some areas due to the conflict.

Owing to the far reaching effects of this conflict on women and children, as the women of South Sudan, we demand for:

Our Tribe Is Women

We extend this call for solidarity and support to our sisters in Africa and the world especially on this International Women’s Day 2015.

To the women of faith all around the world, we seek your prayer support.

May God touch the hearts of her leaders and bring peace to her people!