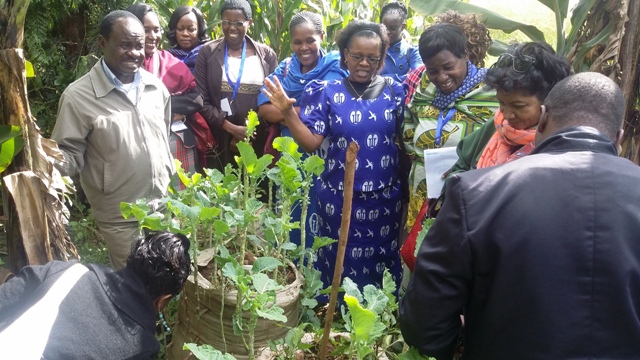 Food insecurity is defined by the UN FAO as the “situation when people lack secure access to sufficient amounts of safe and nutritious food for normal growth and development and an active and healthy life.” Food insecurity can be caused by a number of factors, including the unavailability of food, unaffordable food, and unequal distribution of food between household members. Food insecurity is one of the major causes of poor nutrition. According to Africa Regional Overview of Food Security and Nutrition 2019, after a long period of improvement, hunger in Africa – as measured by the prevalence of undernourishment – worsened in 2014–2018. This trend slowed in 2017–2018. Today 256 million Africans, or 20 percent of the population, are undernourished. Of these, 239 million are in sub-Saharan Africa and 17 million in Northern Africa. There is significant variation in the levels and trends of hunger in Africa’s subregions. The prevalence of undernourishment has for the past 18 years been highest in Eastern Africa and Central Africa, indicating persistent constraints in terms of availability and access to food. However, over the 2014–2018 period, the trend in the prevalence of hunger worsened the most in Western and Central Africa, for the most part due to conflicts, climate extremes and economic slowdowns, sometimes combined. This broader measure of food insecurity shows that in Africa, the number of people that are severely food insecure is broadly in line with the number of people that are undernourished. However, an additional 399 million people were found to be moderately food insecure, i.e. they did not have regular access to nutritious and sufficient food, even if they were not necessarily suffering from hunger. Of these, 87 percent live in sub-Saharan Africa. Despite a slowing in the upward trend in hunger, the food insecurity situation remains a challenge and food crises continue to affect millions of Africans. Nutrition outcomes are generally improving across Africa, but at a very slow rate. Too slow in most countries to meet the SDG – and World Health Assembly (WHA) – global nutrition targets for stunting, wasting and overweight in children under the age of five, or for low birthweight, exclusive breastfeeding and anaemia in women of reproductive age. Very few countries are on track to achieve the SDG target of a 40 percent reduction in the number of stunted children. Although the prevalence of stunting in children under five is falling at the regional level, the number of stunted children is rising, reaching 58.8 million in 2018. Economic growth is necessary to reduce stunting, but alone it is not sufficient, and nutrition-specific and nutrition-sensitive interventions are also needed. The Council builds capacity, coordinates and share best practices of its members work on food and nutrition security across the continent with focus on: i) Sustainable food production Africa is rich in minerals, oil and natural gas, fresh water, fish, forests, and wild game and birds, flora and fauna. Two thirds of Africans are dependent on farming for their livelihoods, so boosting Africa’s agriculture can create economic opportunities, reduce malnutrition and poverty, and generate faster and fairer growth. To achieve that, African farmers need more investment, better access to financial services such as loans, and quality inputs such as seeds and fertilizers. The production systems should also be sustainable to avoid negative environmental impacts occasioned by unstainable agronomic practices. The Council promotes amongst its members ecological land use management practices. ii) Market systems Small-scale family farms provide the bulk of food to African cities. Although a few large-scale farmers produce specifically for the market, most small-scale farmers produce staples (cassava, maize, rice, millet, bananas, meat, milk, fruits and vegetables) primarily for subsistence and only the surplus is sold. The marketing chain begins with trader-collector drivers who buy produce from rural markets or directly from individual farmers. The trader-collector drivers constitute the main link between geographically scattered small farms in rural areas and the distribution network of wholesale and retail markets in cities. They also sell directly to consumers. Produce is usually transported loose or in sacks by trucks that provide little protection against the tropical heat. It is common to find haulage trucks being used for sorting, packing and storage of produce in places where no wholesale markets exist. Standard weights, measures and grading systems are non-existent in the rural-urban trade of local produce, and as a result trading by sampling is predominant. Inefficient handling and high levels of deterioration and wastage, especially in the case of perishables, increase the cost and undermine the spatial marketing function in African Food Supply and Distribution Systems. iii) Agricultural policies In spite of being the most important and main economic activity in Africa compared to other sectors, Agriculture has persistently not performed to expectations partly because women and youth, who play a crucial resource in agriculture and the rural economy as farmers, labourers and entrepreneurs, face more severe constraints in access to productive resources such as land, farm inputs, market and credit facilities. Moreover, much of the land in SubSaharan Africa is still owned by farmers under customary tenure system. This limits women and youth’s access, control and ownership of land despite having many female-headed households. This limits their engagement in agriculture.

Our Tribe Is Our Women