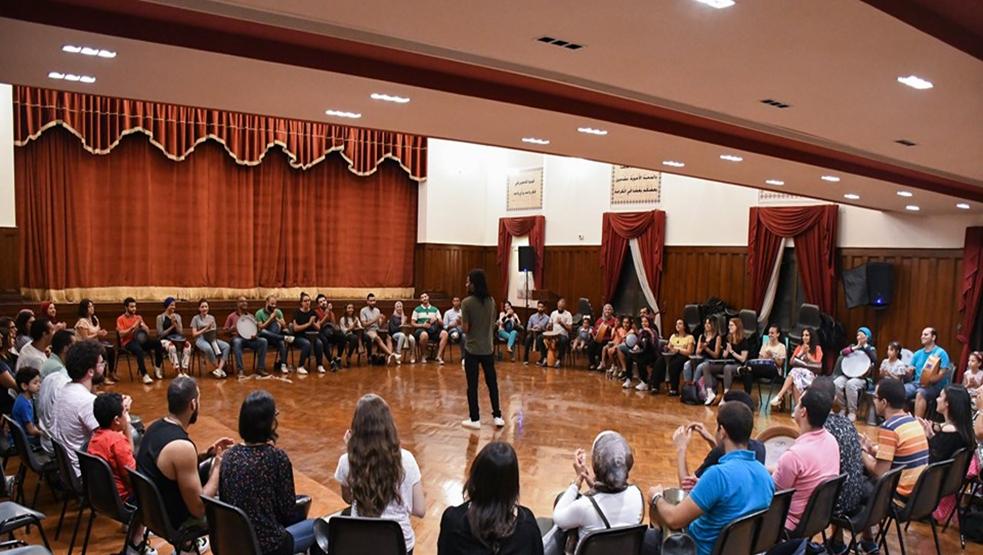 CRID is a project initiated by a consortium of faith organisations namely: Faith to Action Network (F2A) African Council of Religious Leaders-Religions for Peace (ACRL-rfp), All African Conference of Churches (AACC) that are coordinated by the Council of Anglican Provinces of Africa (CAPA). The ultimate outcome of CRID is to enhance understanding, tolerance and respect for cultural and religious diversity among 24,400 youth at risk of radicalization, and to leverage on the influence of faith leaders and institutions to promote cultural diversity and respect for equal dignity of all men and women in Egypt, Kenya, Uganda, South Sudan, Burundi and Zanzibar-Tanzania. In one year, we have directly reached 5,896 (24% of target) Youth in all the 6 project locations and indirectly reached about 3600. These total to 9,496 representing 38.3% of our total target. In addition, there were 6 instances in Kenya and 8 instances in Uganda where the youth were able to act as catalysts through 4 radio shows and 4 dialogue sessions where messages of embracing diversity was shared with thousands of audiences.

The Inter Religious Council of Burundi (IRC-Burundi) project is addressing intra & inter-religious conflicts and ethnic extremism. In 9 months, the Council has trained 160 religious’ leaders (Catholic, Protestants & Muslims) and involved them in 4 public forums and 4 dialogue sessions, and reached 2000 people through 8 public forums. Reconciliation is very central the project design in Burundi because of deep-rooted ethnic grievances that assume ethnic overtones because of past mass massacres that bordered on genocide that have never been addressed and yet shape popular attitudes and the current political and security trends in Burundi.

The Anglican Diocese of Egypt is infusing messages of tolerance, love, and harmonious living in the popular artistic activities among the youth. This is done through film screening & discussions, storytelling, Arabic calligraphy, theatre, pantomime, drum circles, educational trips, cleaning and painting neighborhoods among others.  These activities bring together Muslim and Christian youth to engage in interfaith dialogues designed to promote religious coexistence, peace and reconciliation. The Diocese owns and implement through Gusour Centre whose vision is “To be a place where people from many backgrounds are given an

opportunity to learn about each other through music, art, social and educational events.” Gusour is an Arabic word for bridge.

These activities have opened new horizons of cultural and artistic dialogues and created cultural diversity in art. They also encourage innovation and imagination among the new generation of young people.

Pantomimes and Film screening in Egypt are safe spaces and vehicles that draw youth into dialogue, analysis and discussion of intercultural and interreligious issues their communities face. The drum circle draws women into an activity that breaks cultural gender stereotyping. In addition to being cathartic and therapeutic to people who have lived through trauma and stress.

The Anglican Church of Egypt has good working relationships and partnership with the Muslim organizations and state institutions, including a signed agreement with Al Azhar University. These partnering institutions and organizations could adopt some of these dialogue strategies and scale up the efforts.

In Kenya, Kenya Muslim Youth Alliance (KMYA) messages on religious and cultural acceptance and tolerances have been discussed through cascaded engagements in small groups of young people referred to as the Learning Circles (LCs) facilitated by a peer leader. Through this model, they have trained 30 youth leaders, established 4 learning circles, supported 19 cascaded trainings, engaged 18 religious’ leaders, engaged 522 youths, supported 2500 community members, and reached over 3000 community members and drawn in the participation of two members of the Kenya National Assembly (KNA). Notably this has led to acceptance of the project by communities, improvement of relations between youth and state agencies, establishment of interreligious caucuses, and improved contributions of the youth to Prevention of Violent Extremism projects.

By the end of July 2019, the project in Uganda, implemented by Uganda Joint Christian Council had trained 30 youth (22 Males and 8 females) that it deployed as community-own resource persons (CORPs). These

CORPs had directly reached 2,448 youth (1,406 males and 1042 females). Further, the project produced 1,557 IEC materials and disseminated them. Among these materials were T-shirts, football and netball Jerseys, pull up banners, and stickers.

The project also conducted Music, Dance, and Drama (MDD) activities for 8 groups, each with 15 youth. Each event reached at least 250 people thus reaching at least 2000 people all together. The project also held sports for peace in which 260 youth participated. A total of 8 sports for peace with each soccer match attracting at least 500 people thus reaching at least 6,000 people.  The project also held 3 Radio talk shows that created awareness on unity in diversity with emphasis on interfaith and intercultural diversity. Radio Pacis talk shows has a reach of 40,000. Cumulatively, therefore, the three talk shows reached at least 120,000 people. Lastly, CORPs conducted quarterly interfaith and intercultural dialogue sessions in the two locations which reached 709 people.

Zanzibar project only resumed in September 2019, after being halted by government. The Government objected to the framing of the project to address terrorism and violent extremism which are the purview of government only. After silent diplomacy and negotiation, the project has been cleared to resume. Zanzibar is a crucial project location because it has a history of successful inter-religious and intercultural

relations but the country recently attracted attention as cited by Canon Charles Lundu.

“The urgency for an effective response in Zanzibar is because the roots of two of the 9/11terrorists were traced to Zanzibar…This is why we are working on the solution to the question, “Why Zanzibar?”

The project in South Sudan is implemented by the Evangelical Alliance of South Sudan (EASS) and its women’s commission, the Pan African Christian Women Alliance of South Sudan (PACWA). The project aims to use a cascading Christian and predominantly intra-faith approach to reduce conflict and build peace by strengthening community peace structures and improving intra and inter-faith collaborations in Juba, Bor and Yei River States. It is responding to aspects of the national civil war (that has bedevilled the country since 2013) which have been replicated in the three locations. The project employs community dialogue forums, music concerts, football tournaments, awareness campaigns, radio talk shows and peace committees.

Our expected outcomes are:

The findings show that in South Sudan, there is widespread ignorance about other religions and cultures. 31.25% of the respondents in Juba, Bor and Yei admitted knowing about other religions, while 50% had very little or no knowledge of other people’s religion. In the same survey, 43.75% admitted knowing about other people’s cultures, 37.25 knew something, 12.5% knew nothing at all. In contrast, those in Yumbe in Uganda had more knowledge about other religions and cultures. In Kenya, the research had 59% and 41% male and female participation respectively. This comprised 67% Muslims and 33% Christians. 67.2% of them were aged between 20-29 years. With regard to relations and recruitment into Violent Extremist groups, the youth ranked friends highest as most likely channel of exposure to radical ideologies, followed by religious leaders, online interactions family, strangers in that order. Results also show that 75% were aware of the interfaith, intercultural and intergenerational differences existing between groups. We are continuing with the analysis of the research data from Egypt and Burundi while we commission the research in Tanzania from October 2019.

We managed to reach 26.35 million people through our online activation on Twitter using the #RicherInDiversity hashtag to drive online conversation. This drew in 1.5 million unique users.

We held the first Media Tour from the 18th to 23rd March 2019 at project sites in Kilifi and Mombasa Counties in Kenya. Five International journalists from CNN, BBC, Deutsche Welle, Reuters and Voice of America were invited. Out of these, four participated except Reuters. More than 60 beneficiaries and stakeholders drawn from youth, women, religious leaders, security and government officials, elders and civic leaders were interviewed.

We have developed alternative narratives from an Islamic perspective that support understanding, tolerance, respect and gender equality to counter extremism and radicalization. The narratives are organized around 6 themes and 16 sub-themes of: i) Understanding Extremists‘ Ideologies, ii) Prophet Muhammad: An Exemplary Personality to Emulate iii) Sovereignty (Holy War/Struggle, Suicide Bombing, Migration, Rebelling Against the Head Of State & Martyrdom) iv) Citizenship (Protected People, Tax, Global Islamic Community) v) Freedom of Belief (No Compulsion in Religion, Sacredness of a Human Being, Ex-Communication) vi) Governance (Ruling by the Sharia, Loyalty and Disassociation, The Abode of Islam & The Abode of  War, Oppression, Caliphate & Persecution). The Christian alternative narratives are still in the process of development. Together, these narratives shall be used by religious, cultural and youth leaders in places of worship, community forums, youth peer groups, and all available spaces to engage communities on dispelling common narratives that have pitted different religious and cultural groups against each other.

Mechanisms for continuously monitoring and evaluating activities that we have employed include; activity reporting which details the purpose of the activity, target group, number and type of the participants and its immediate outcomes. We then follow up and interview those who have participated in the project activities to assess the impact the project has had on their knowledge, behaviour, relationships, perception and general attitudes towards other religions and cultural groups. These we do through focused group discussions, key informant interviews, case studies documentation, individual beneficiaries’ interviews and observations.